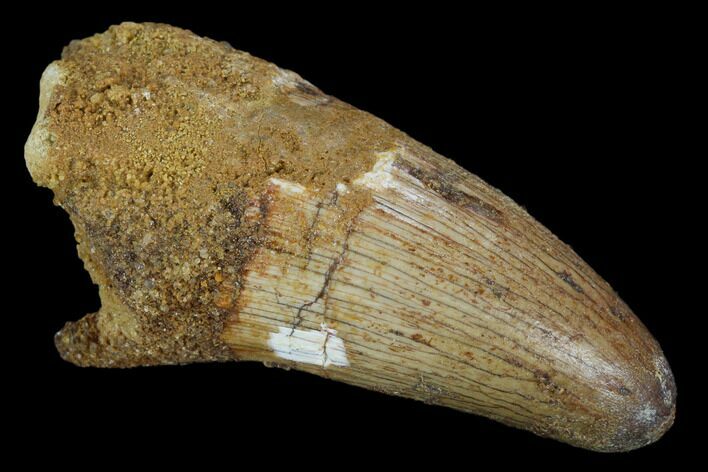 This is a 1.51" fossil crocodile tooth from the Kem Kem Beds of Morocco. There are at least six genera (plural genus) known from the Kem-Kem and it is difficult to assign a taxonomic identification because some of the genera are not well described. This tooth is in good condition with a repaired crack at the base of the crown and small areas of missing enamel. Some of the base of the tooth appears to be the rock in which the tooth was found.