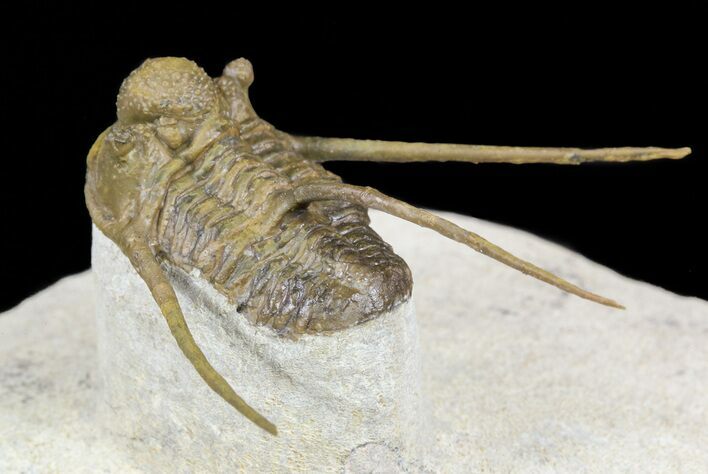 This a nice, 1.55" specimen of the long-spined Cyphaspis eberhardiei trilobite quarried from the Timrhanhart Formation at Foum Zguid, Morocco. It has beautiful shell preservation and preparation with all of the spines prepared free standing.