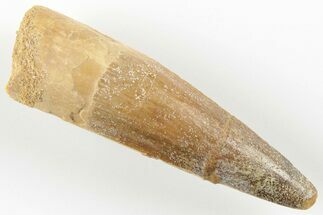 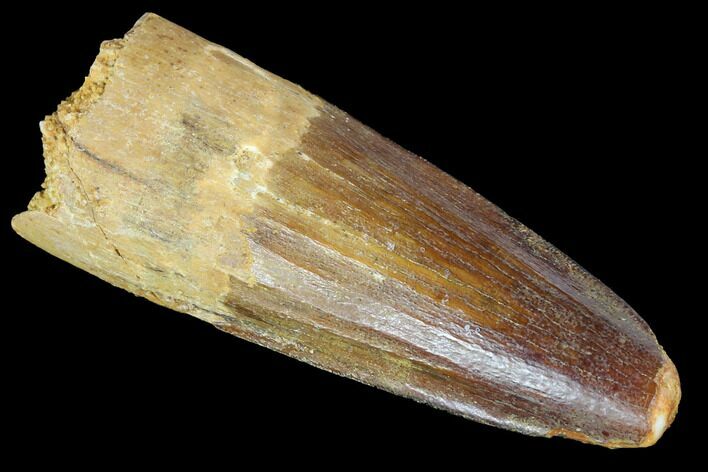 The tooth has nice enamel preservation with a little bit of feeding wear to the tip. 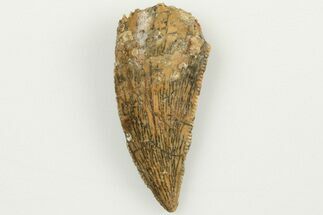 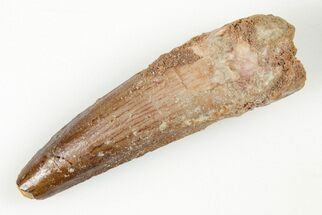