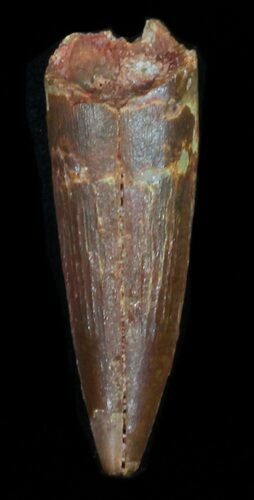 The tooth has a nice enamel preservation, and no minimal wear to the tip. It looks like it was found split down the middle and glued back together.