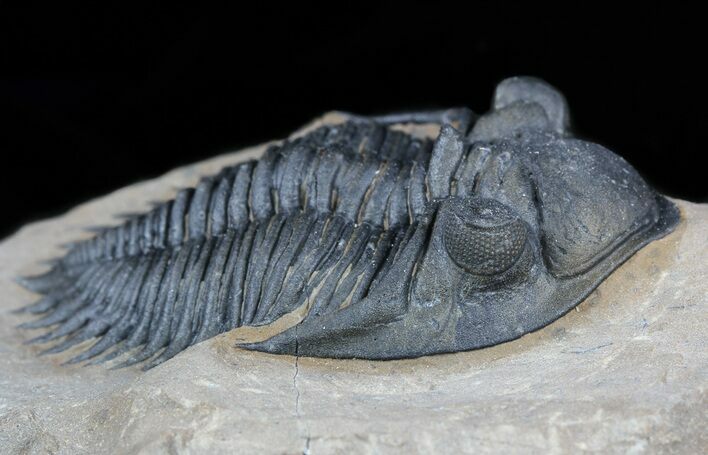 This is a detailed specimen of Metacanthina issoumourensis often referred to as an "Asteropyge" or “Kayserops”. It's nicely prepared and displays very aesthetically on a sculpted piece of limestone. Great eye facet preservation on this specimen. It's 1.8" long with good shell detail including clear eye facets. No restoration.