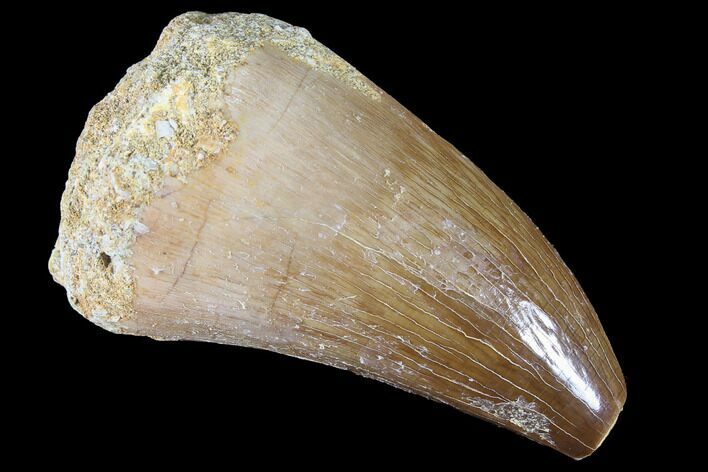 This is a fossil tooth of the Mosasaur, Prognathodon, from the Upper Cretaceous phosphate deposits in the Oulad Abdoun Basin of Morocco. There is some chipping to the tip of this tooth. 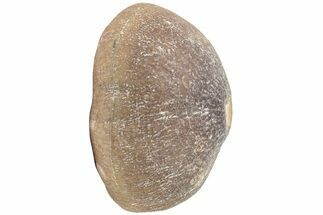 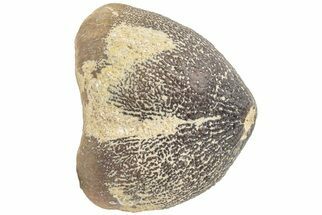 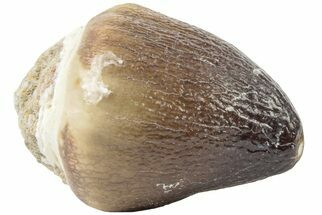