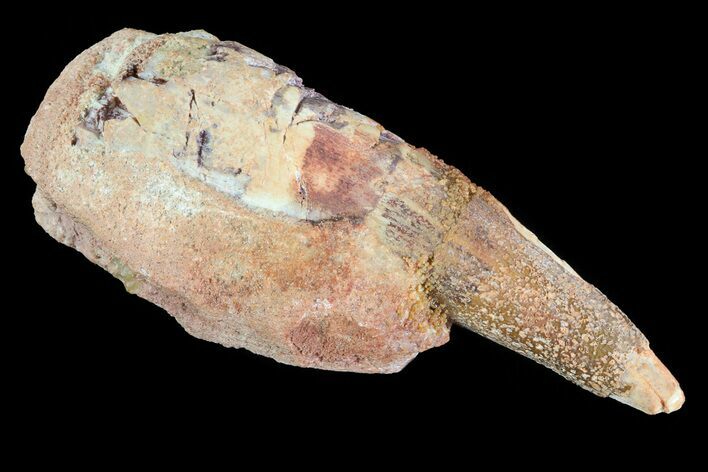 This is a 1.6" long tooth a Spinosaurus, the largest known meat eating dinosaur. It is from the Kem Kem Basin in Morocco and is Late Cretaceous in age.

There are multiple breaks throughout this tooth, as well as enamel missing from much of the tooth. It's still partially embedded in rock.