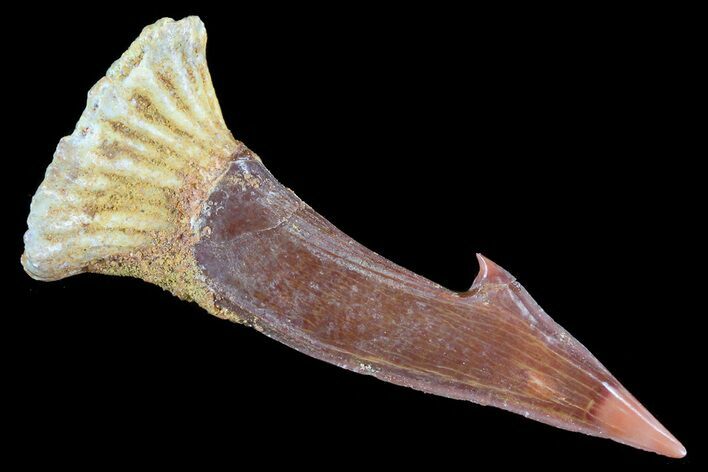 This is a well preserved, rostral barb of the giant sawfish, Onchopristis numidus. These barbs are fairly delicate so they are almost always found broken, particularly the larger specimens. There is a repair with some gap fill restoration near the base of the barb.