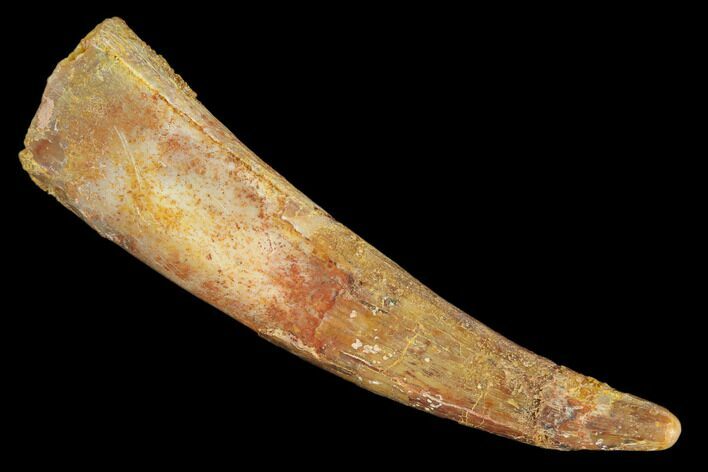 This is a large, 1.62" Pterosaur (Siroccopteryx) tooth from the Kem Kem Basin, Taouz, Morocco. There is a repaired crack near the tip of the tooth and much of the enamel is worn. 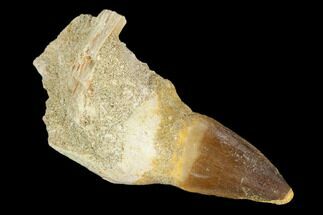 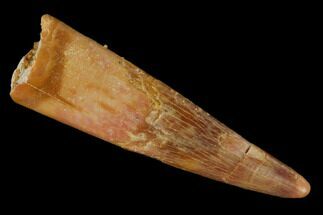