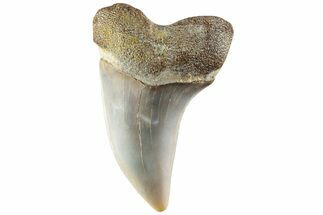 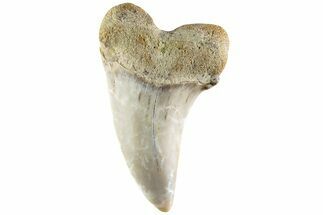 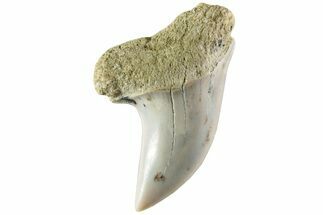 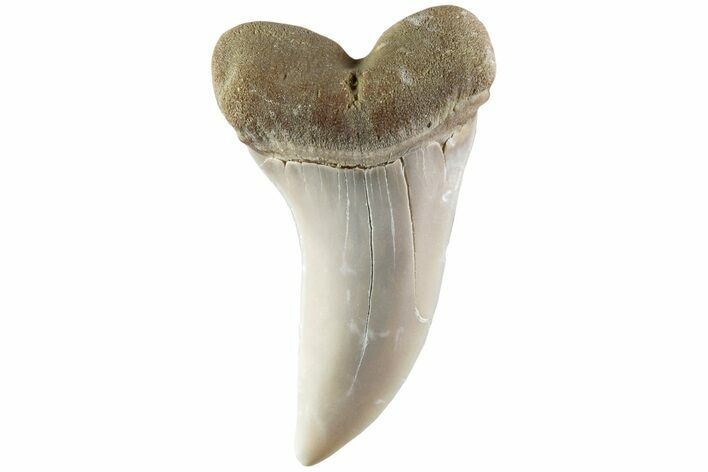 This is a 1.63" long fossil shark (Carcharodon planus) tooth found at Sharktooth Hill near Bakersfield, CA. It comes from the Temblor Formation making it about 15.5 million years old. 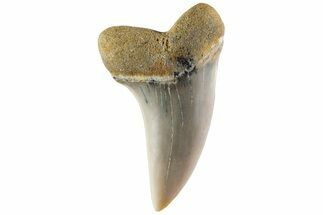