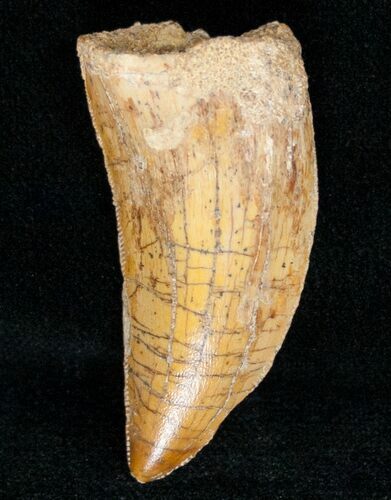 This is a nicely preserved tooth of the gigantic predatory dinosaur Carcharodontosaurus saharicus. It's 1.65" long with good enamel preservation. The inner serrations are well preserved but most of the outer ones are worn. There's a minor gap fill in the base but it has not been heavily restored or composited like so many Carcharodontosaurus teeth out there.