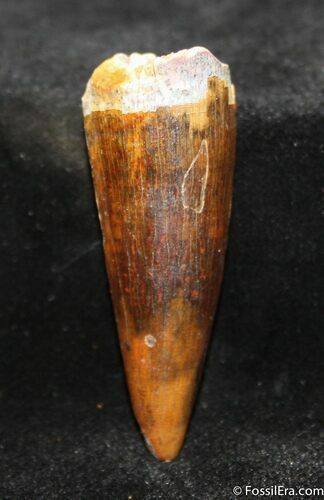 You don't get enamel preservation any better than this on Spinosaurus teeth. This is a high quality 1.65 inch tooth from the Tegana Formation near Taouz, Morocco. The tooth is wonderfully preserved with a very nice tip, a feature not present in many teeth due to feeding damage.

There is absolutely no restoration or repair in this fine specimen.