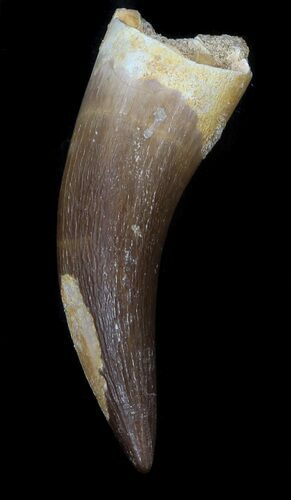 The tooth has a nice sharp tip to it. A little enamel wear on one side but no repair work.