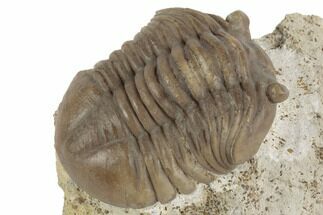 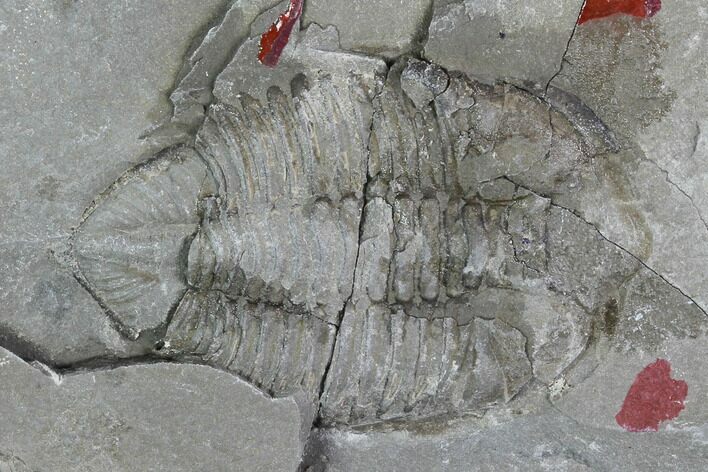 This is a bargain specimen of the classic New York, Silurian trilobite Dalmanites limulurus. It was collected from the famous Caleb's Quarry near Middleport, NY.

Note, there is some red marking pen on the rock which were marking made during collecting to show how the rocks lined up.