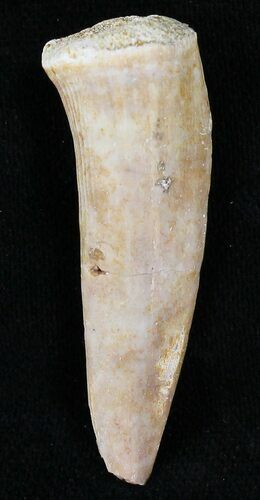 
The tooth was collected from the phosphate mines in the Oulad Abdoun Basin of Morocco, and is an inexpensive Cretaceous aged fossil.

There is one crack repair in the middle of the tooth.
SOLD
DETAILS
SPECIES
Enchodus sp.
AGE
Upper Cretaceous