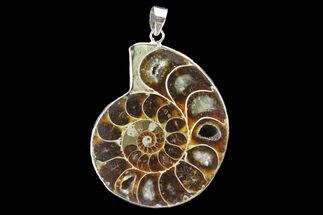 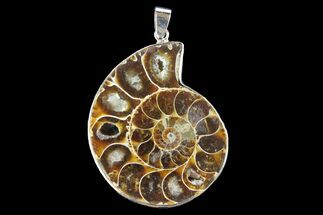 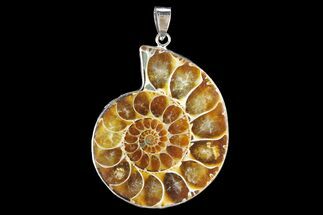 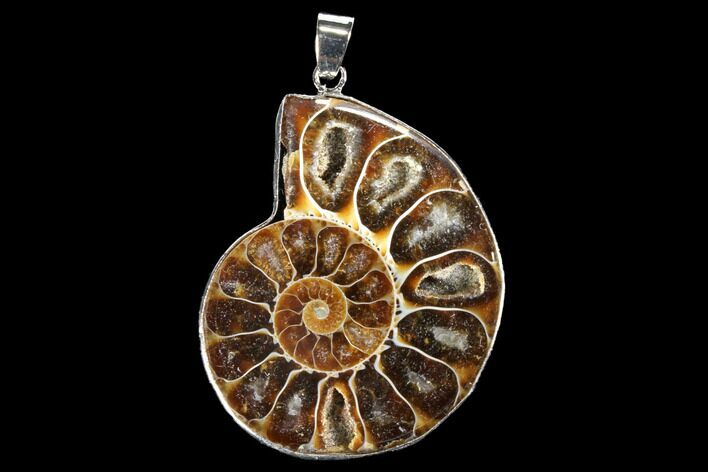 This is a beautiful pendant featuring a cut and polished, 110 million year old ammonite fossil. These ammonites are quarried in the Mahajanga Province province of Madagascar and lived at a time when dinosaurs ruled the earth. The polishing allows the stunning inner chambers to be seen which have been replaced by agate over millions of years. 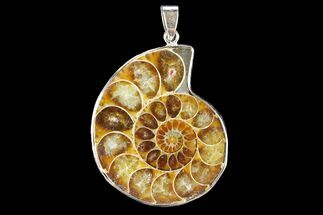 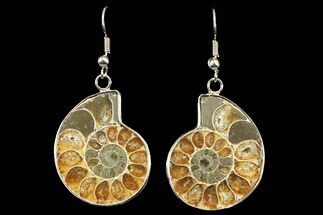 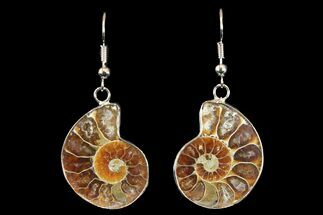 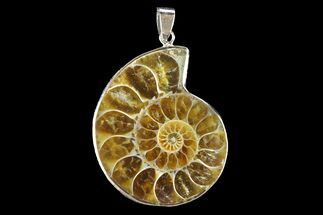 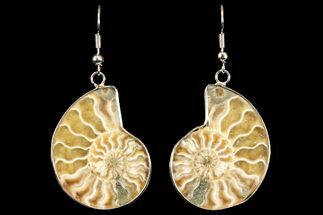 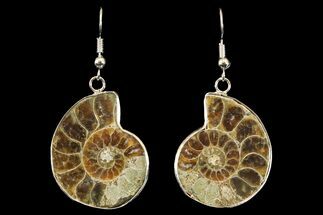