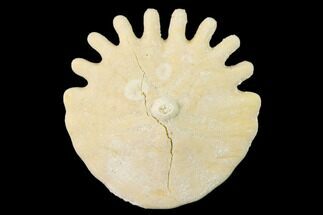 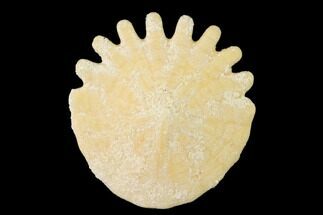 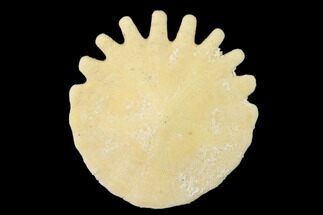 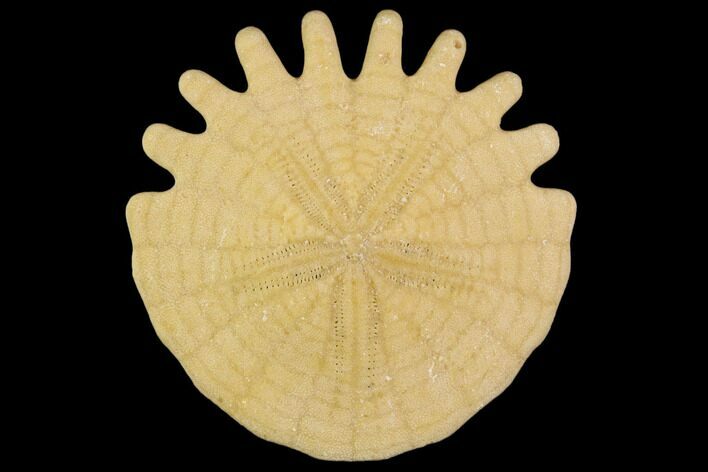 This is a 1.7" fossil sand dollar (Heliophora) from Boujdour Province, Morocco. This specimen is a nearly perfect example of Heliopshora. All anatomical details have been preserved and are clearly visible.

Heliophora is a genus of small sand dollars belonging to the family Rotulidae. The genus has distinctive indentations along the edge of the test (body), but the extent and depth of these can very remarkably between individual specimens. In the case of these specimens the indentations are very pronounced.

Sand dollars first appear in the Paleocene, about 60 million years ago. By the middle Eocene, they had populated every ocean. As an order, sand dollars are not extinct. There are 49 genera of fossil sand dollars and 29 still living.
SOLD
DETAILS
SPECIES
Heliophora sp.
AGE
Miocene or Pliocene 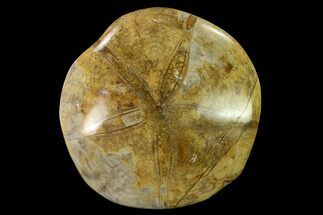 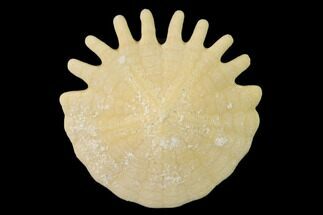 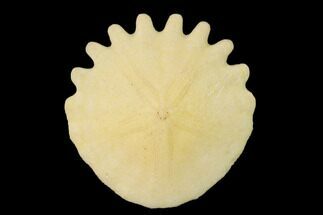 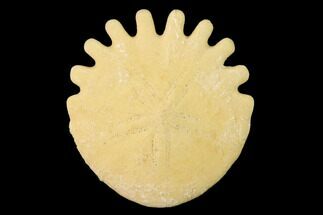