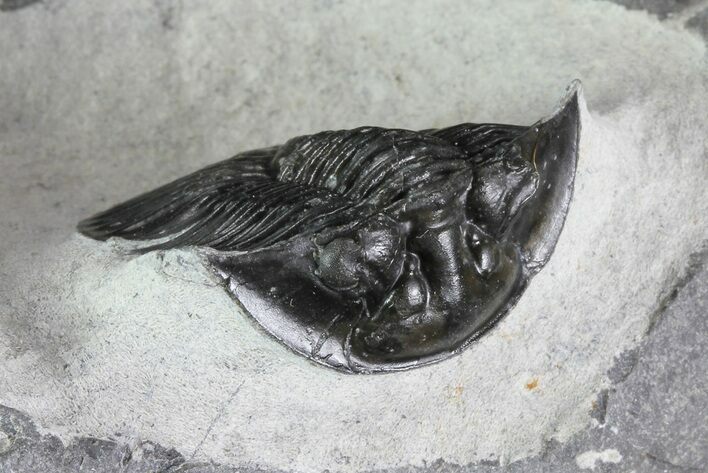 This is a 1.7" long, Scabriscutellum trilobite from Morocco. The head is tucked but it would be about 1.7" long if outstretched. The preservation is so good that you can see hundreds tiny eye facets in both eyes.