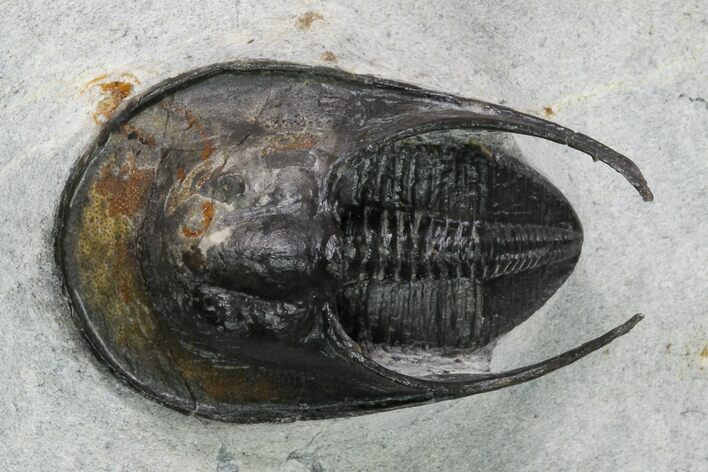 Here is an 1.7" long, Harpes (Scotoharpes) trilobite from Boudib, Morocco on the NE side of Jebel Issoumour. It has a very dramatic "head shield" which is often interpreted as a mechanism to help it stay on top of a soft ocean floor. This preglabellar ring (head shield) is covered in many sensory pits which may have held hairlike features when the trilobite was alive.