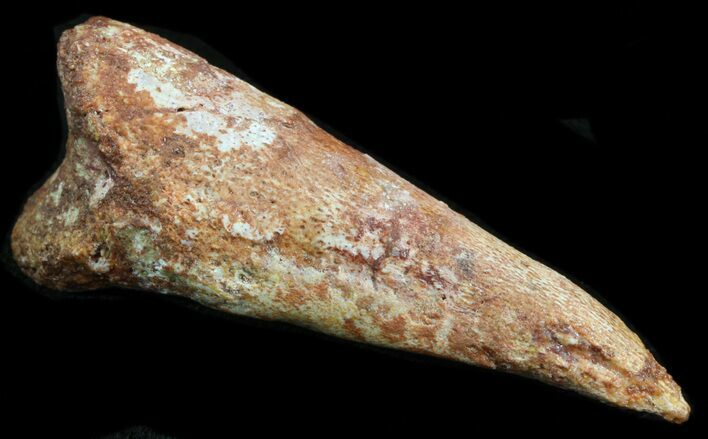 This is a nicely preserved, 1.7" long toe claw of a small Spinosaurus. While Spinosaurus teeth are common and readily available for sale, claws (in particularly well preserved ones) are RARE finds. There is surface restoration in some areas, primarily on the underside where it had been slightly eroded.

While there are some teeth on FossilEra for sale with these types of repairs or restoration, we are careful to note it in the descriptions and they are priced accordingly.
More About Spinosaurus
View Jurassic World Fossils
SOLD
DETAILS
SPECIES
Spinosaurus
AGE
Late Cretaceous (95 million years)