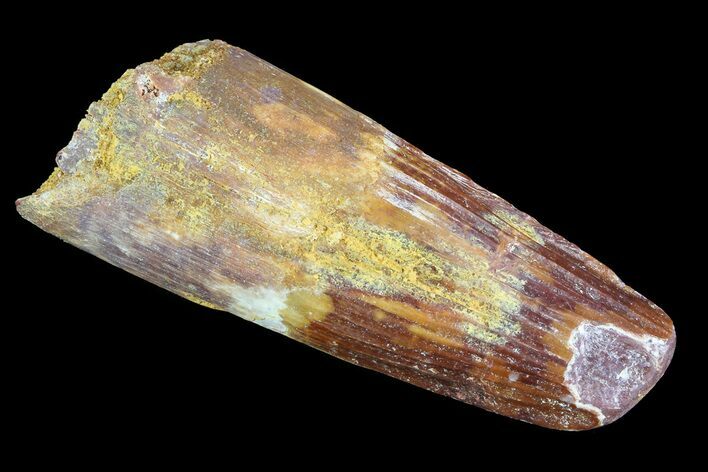 The enamel of this tooth was nicly preserved, though there are sections of enamel missing as well as major feeding damage to the tip.