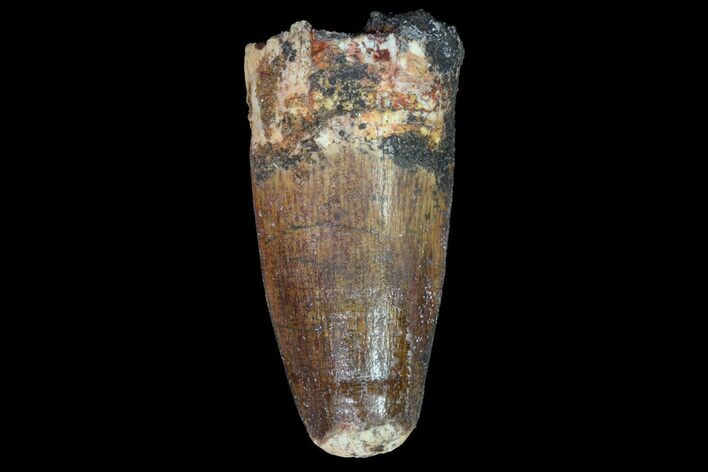 The enamel of this tooth was nicely preserved. The tip has undergone major wearing, though the rest of the tooth is in excellent condition.