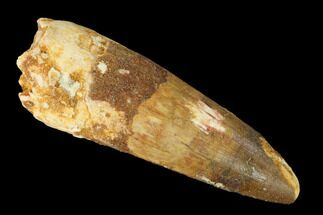 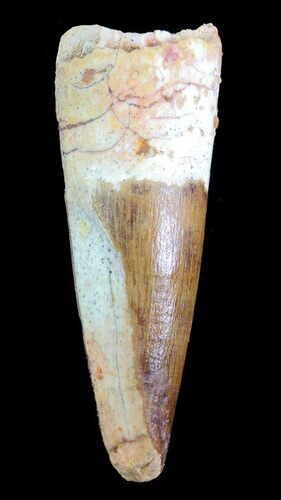 The enamel is in good condition, however the tip contains major feeding damage that runs along one side of the tooth. 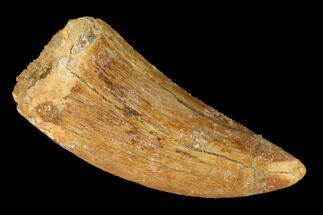 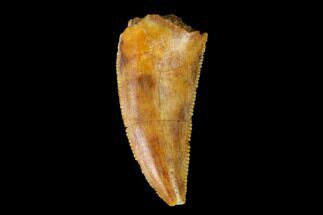 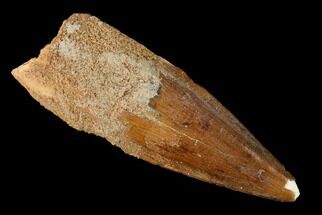