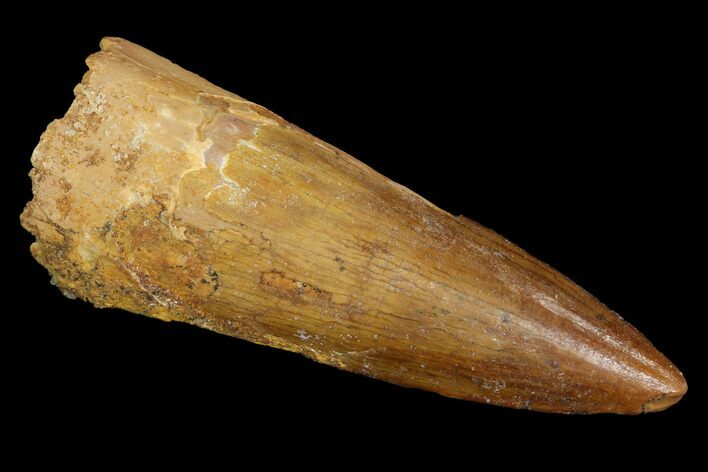 The enamel of this tooth remained in good condition, though there is some chipping of enamel at the tip and towards the root on one face of the tooth. There is crack stabilization at the root of this tooth.