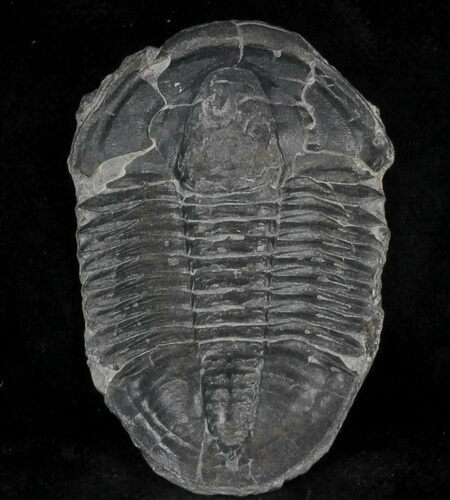 This is a 1.67" long Asaphiscus wheeleri trilobite from the famous Wheeler Shale of Utah. It's preserved on a thick calcite nodule completely free of the surrounding shale. While the quarries are well known for preserving the more common Elrathia trilobites in this state most Asaphiscus are found in the shale matrix not on nodules.