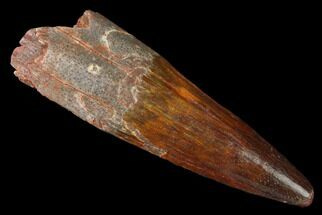 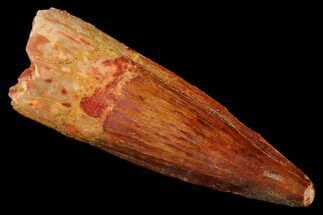 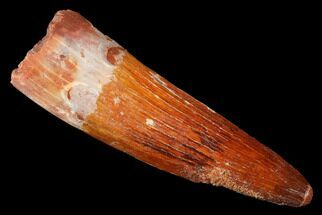 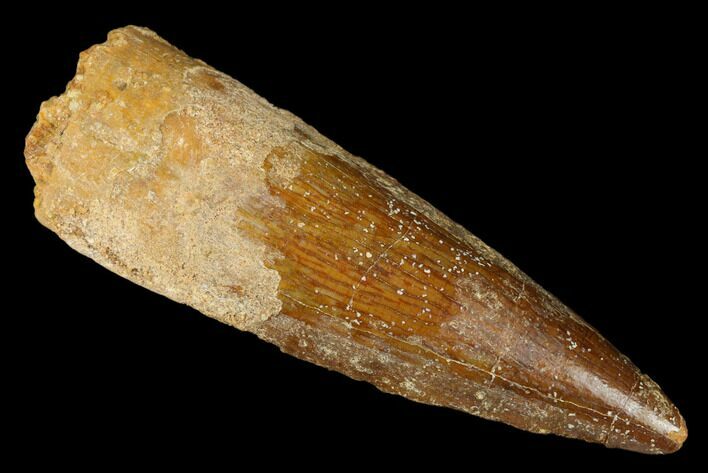 This is a 1.75" long, authentic fossil tooth of Spinosaurus, the largest known meat eating dinosaur. It is from the Kem Kem Basin in Morocco and is Late Cretaceous in age, approximately 95 million years old.

There are a few repaired cracks on this specimen as well as some gap fill restoration. 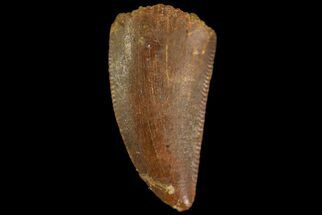 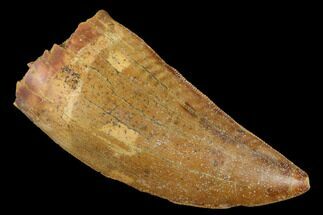 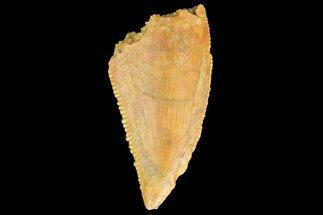 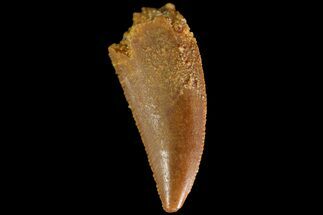 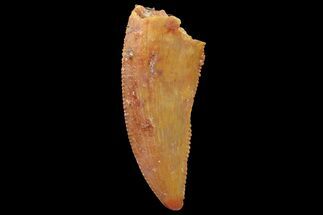