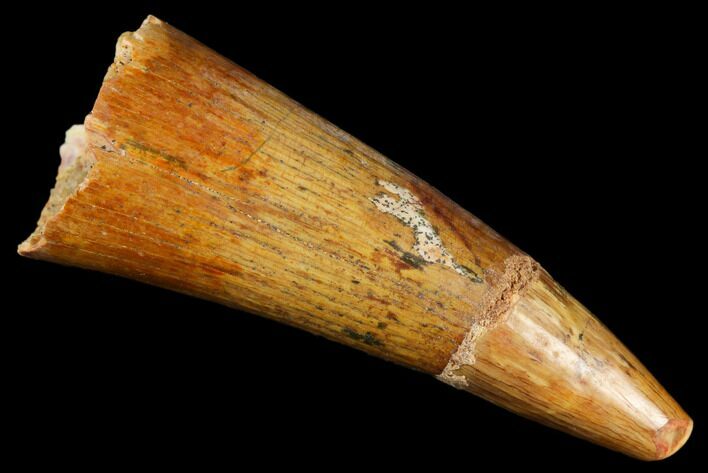 This is a 1.8" fossil crocodile tooth from the Kem Kem Beds of Morocco. This tooth has a repaired crack through the tip, which may be a composite. 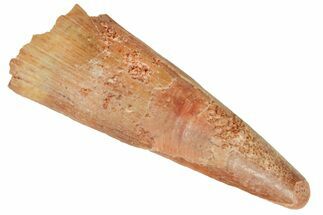