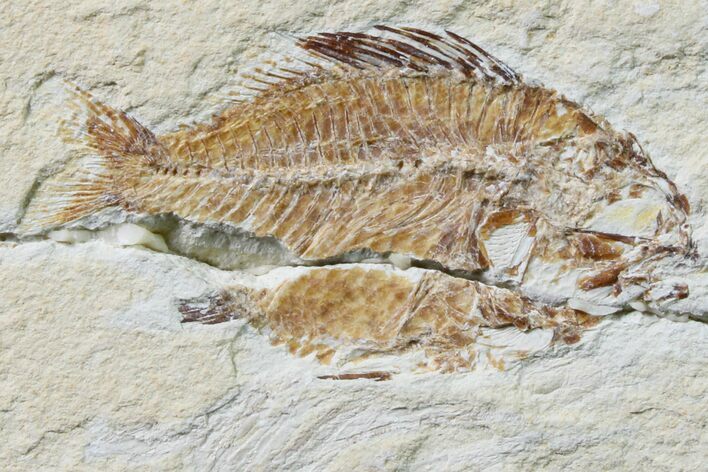 This is a nicely detailed 1.8" long example of the uncommon fossil fish Stichocentrus sp. from the Cretaceous aged marine deposits of Lebanon. It sits nicely on a rectangularly cut, 2.8 x 2.2" piece of limestone. There is a repaired crack through the rock that runs through the fossil. Comes with a display stand.