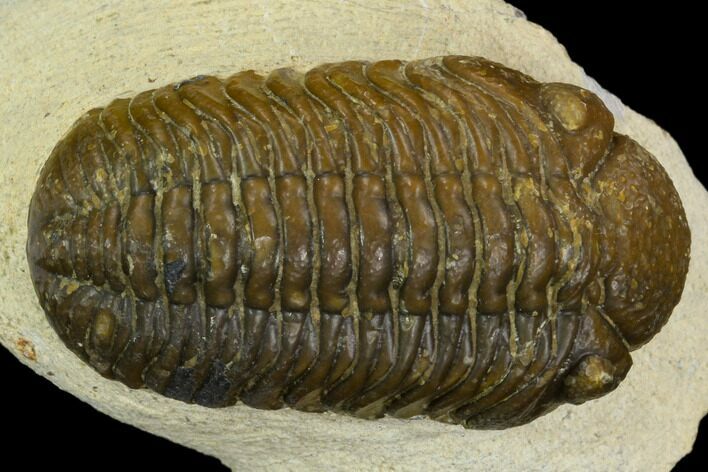 This is a 1.8" long Morocops trilobite from Ofaten, Morocco. A really beautiful, naturally multi-toned shell. There is about 2% shell restoration on some pleural tips on the right hand side.