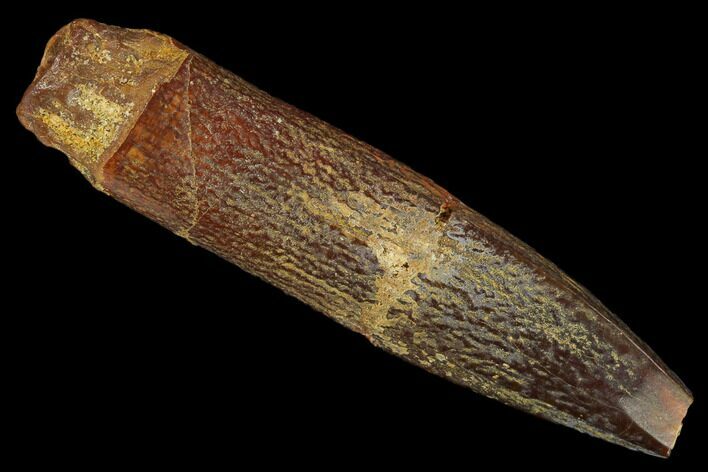 The tip of the tooth is broken and there is one repaired crack in the middle of the tooth, but it is a very large specimen.