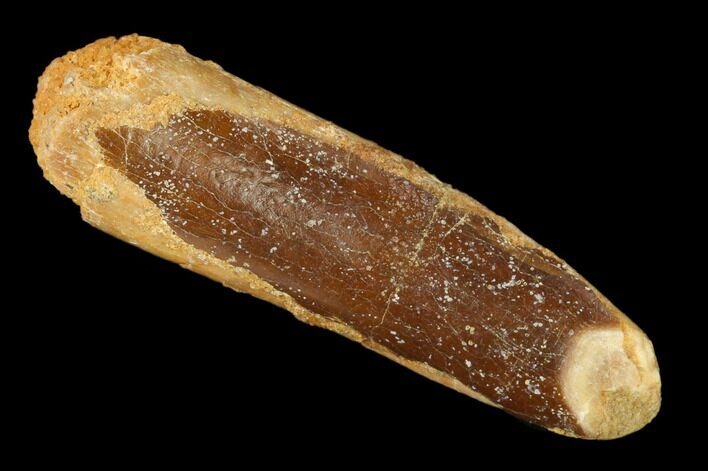 There are repaired cracks through this tooth with some minor gap fill near the middle of the tooth.