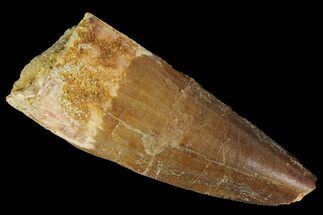 Here's a small Spinosaurus tooth at just about 1.8 inches in length. It has nice dark colored enamel present and a partial root. There is no restoration or repair on this tooth.