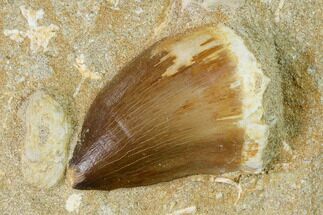 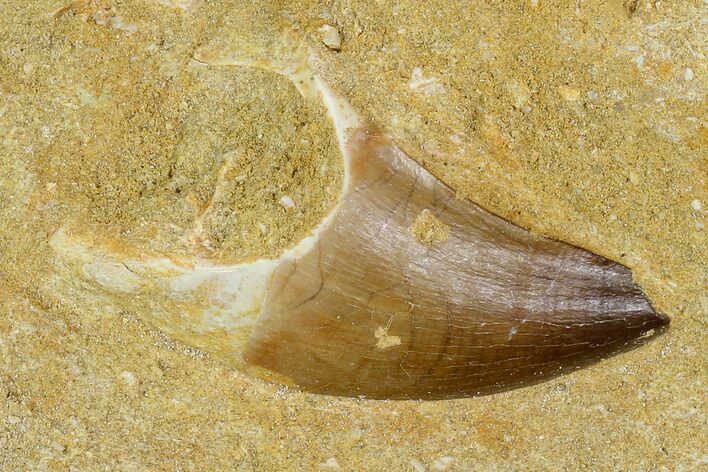 This is a 1.8" mosasaur (Prognathodon) tooth from the Late Cretaceous, phosphate deposits near Khouribga, Morocco. The sandstone has a number of other unidentified bone fragments. 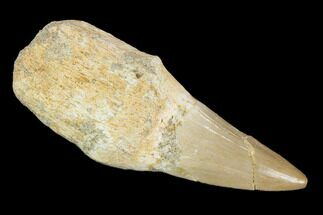 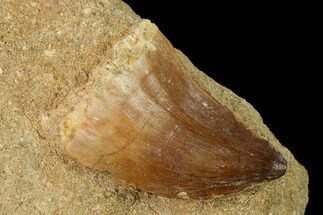