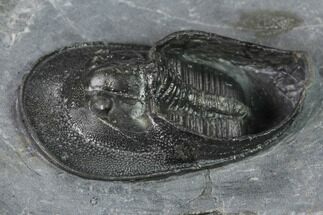 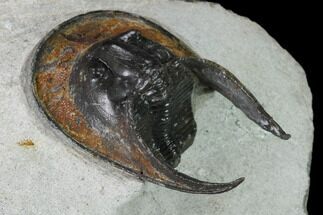 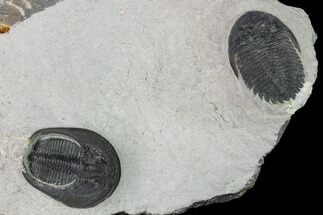 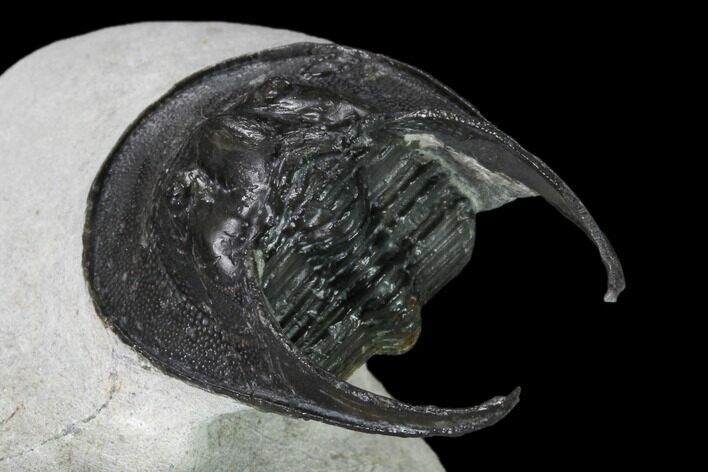 Here is an 1.8" long, Harpes (Scotoharpes) trilobite from Boudib, Morocco on the NE side of Jebel Issoumour. It has a very dramatic "head shield" which is often interpreted as a mechanism to help it stay on top of a soft ocean floor. This preglabellar ring (head shield) is covered in many sensory pits which may have held hairlike features when the trilobite was alive.

Much of the preglabellar ring prepared free of the surrounding limestone.

Trilobites were a very diverse group of extinct marine arthropods. They first appeared in the fossil record in the Early Cambrian (521 million years ago) and went extinct during the Permian mass extinction (250 million years ago). They were one of the most successful of the early animals on our planet with over 25k described species, filling nearly every evolutionary niche. Due in large part to a hard exoskeleton (shell), they left a excellent fossil record.
More About Trilobites
SOLD
DETAILS
SPECIES
Harpes (Scotoharpes) aff. perradiatus
AGE
Middle Devonian, Eifelian Stage 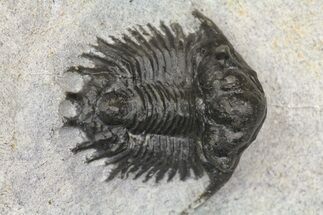