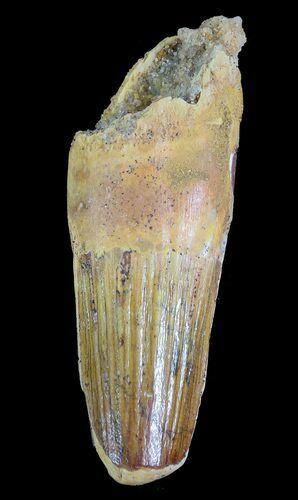 The enamel of this tooth preserved nicely, though the tip broke free at some point during preservation.