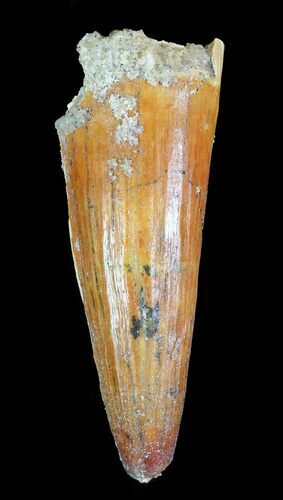 The enamel of this tooth was nicely preserved. Some portions of the tooth have chipped enamel and the tip has feeding wear.