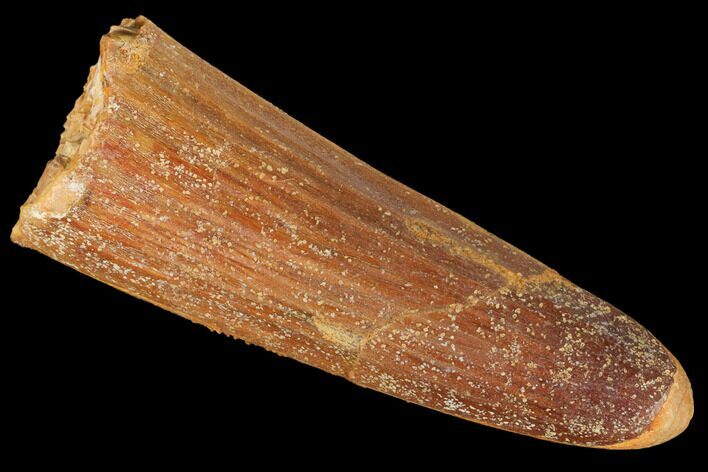 The enamel of this tooth is fairly weathered and there is some feeding wear to the tip that continues up both edges of the tooth..