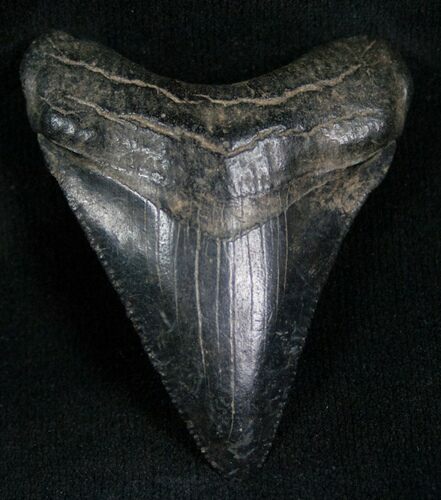 This is an authentic tooth from the prehistoric, monster shark, the Megalodon. It was collected in the Peace River after it eroded out of the Bone Valley Member of the Hawthorn Formation. It has nice enamel, the serrations are worn but present.