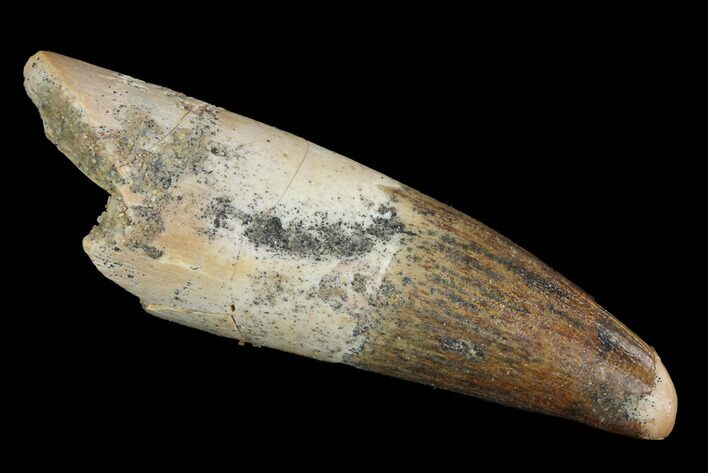 The enamel is in good condition and the tip of this tooth has undergone feeding wear. Some of the root remained, however there are repaired/stabilized cracks through it.