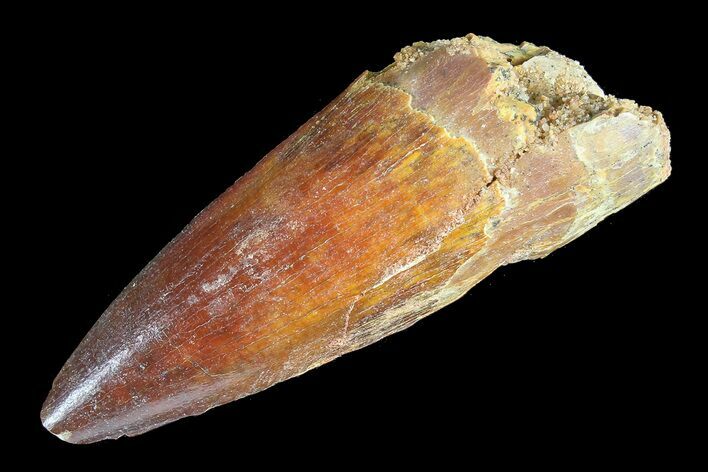 Really colorful enamel preservation. A little bit of feeding damage to the tip and repaired fracture in the base of the tooth.