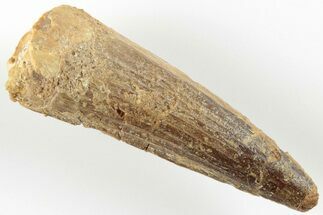 Nice enamel preservation, and no wear to the tip which is unusual. Part of one edge is sheered away though, and there are two repaired cracks. 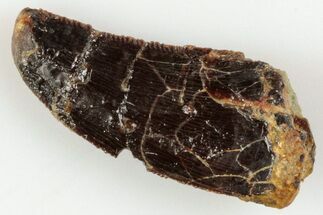 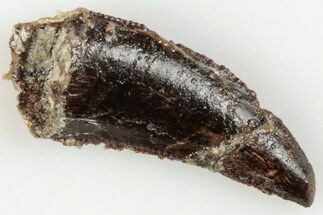