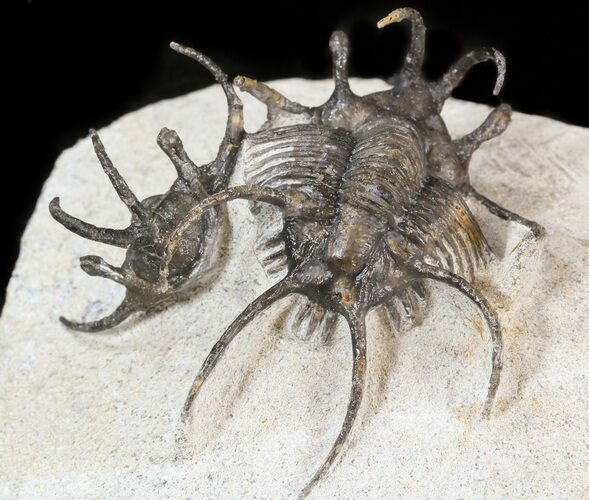 The preparation on this specimen is good with great surface detail and free-standing spines. There is a head of a second specimen right next to the first. There are a few small patches of shell restoration on the head.

There are currently about 5 different species of Certarges described from Morocco each a slight variation on the others. A paper describing some of these species can be found here. This one appears to be Ceratarges koumalii
More About Trilobites
SOLD
DETAILS
SPECIES
Ceratarges ziregensis
AGE
Middle Devonian, Eifelian Stage