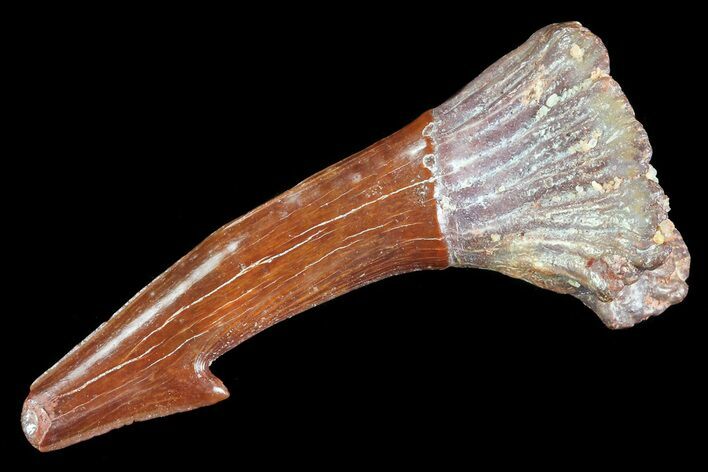 This is a well preserved, rostral barb of the giant sawfish, Onchopristis numidus. These barbs are fairly delicate so they are almost always found broken, particularly the larger specimens. There is some minor damage towards the proximal end of the barb, as well as a broken tip. Otherwise, this specimen is in great condition for its size. 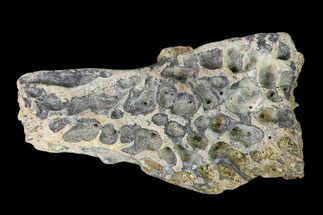