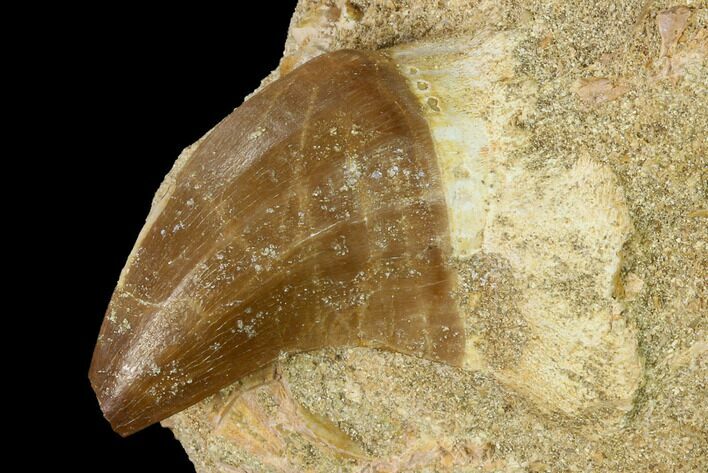 This is a 1.85" mosasaur (Mosasaurus beaugei) tooth from the Late Cretaceous, phosphate deposits in the Oulad Abdoun Basin of Morocco. The tip of the tooth is missing, but it has part of the root still attached. 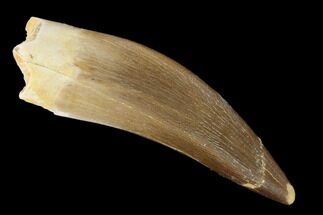