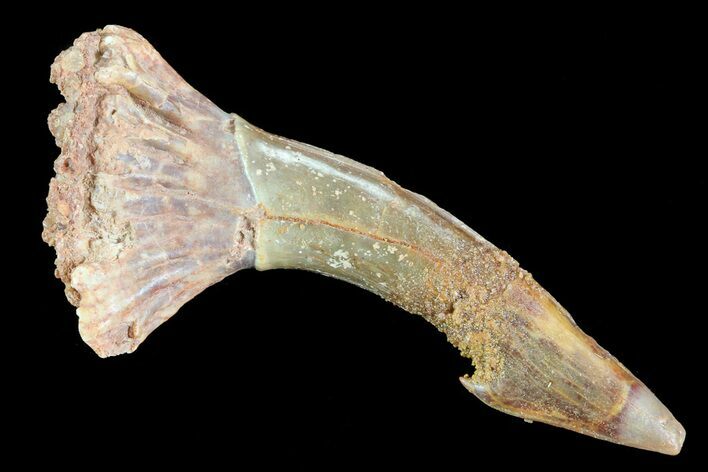 This is a large rostral barb of the giant sawfish, Onchopristis numidus. These barbs are fairly delicate so they are almost always found broken, particularly the larger specimens. There is a repaired crack through the middle of the barb.