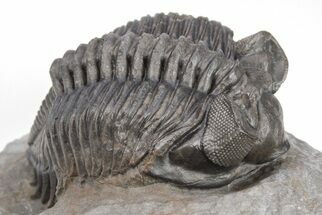 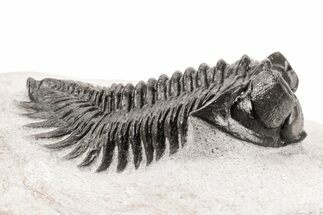 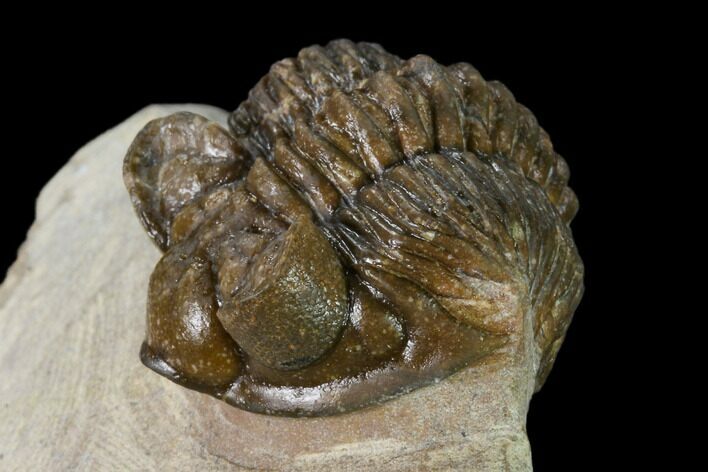 This specimen is curled but would have been about 1.9" long if it was outstretched. Beautiful eye facet preservation in its big, tower eyes. 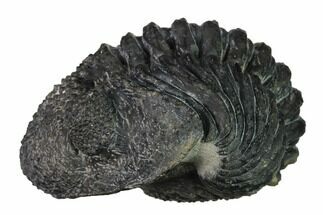 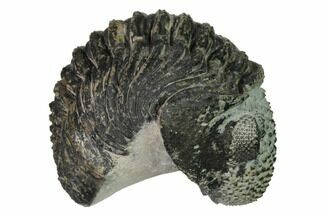