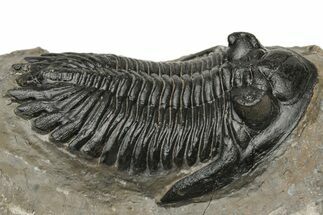 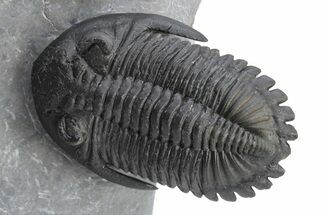 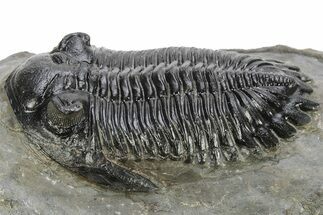 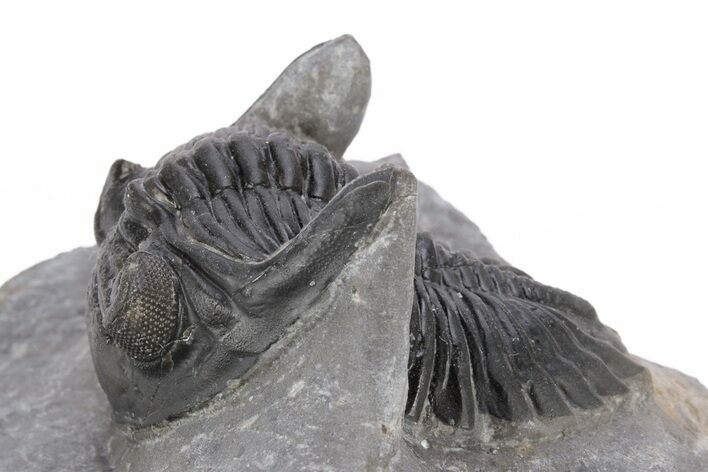 This is a detailed, 1.9" long Hollardops mesocristata trilobite fossil quarried near Ofaten, Morocco. Excellent eye facet detail in both eyes. 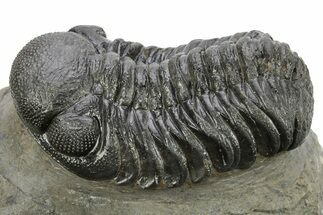