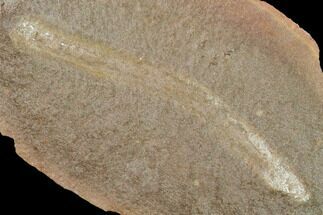 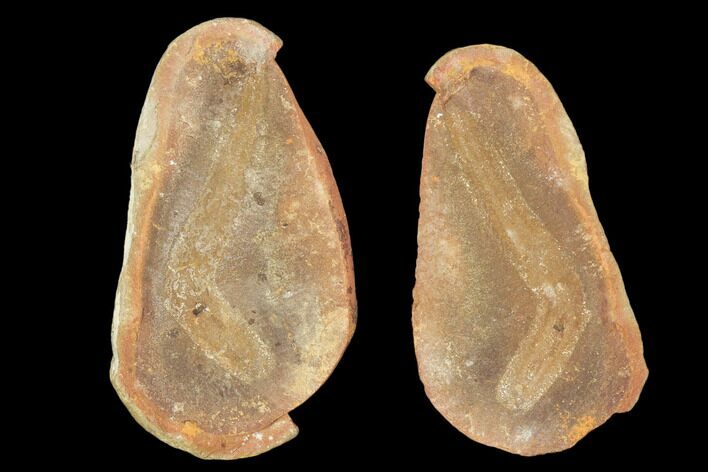 This is a nicely defined fossil worm (Didontogaster cordylina), preserved inside an ironstone nodule that has been split open. It comes from the famous Mazon Creek Lagerstätte. These ironstone nodules have been collected for decades from the spoil heaps of abandoned coil mines near Coal City, Illinois. Both sides of the nodule are included.

Didontogaster cordylina worms are considered the most commonly found polychaete (marine annelid worm). They earn their species name cordylina from their club-like appearance. This swollen section of the worm from which they gained their name, housed the mouth which contained two conical jaws within its probiscus. It's segmented body and fine setae (body bristles) suggests that this worm was a burrower. It's likely it was a predator as well, for ostracodes and plant material have been found preserved in its gut. 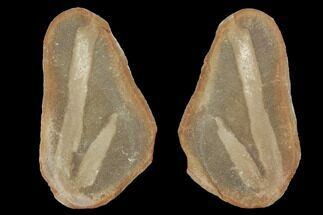