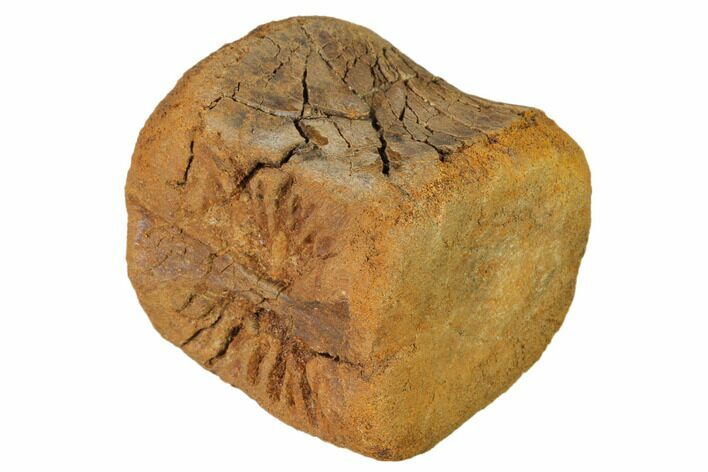 This is a nicely preserved, 1.9" long Hadrosaur (Brachylophosaurus canadensis?) distal caudal vertebra centrum from the Judith River Formation of Montana. The vertebra is fractured and warped as a result of geologic processes, however the only apparent repair is glue stabilization between some of the cracks. The edges of this vertebra are weathered.