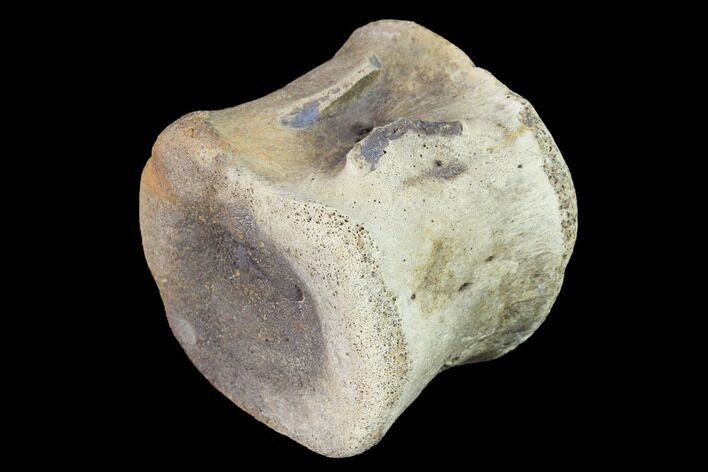 This is a nicely preserved, 1.9" wide Hadrosaur caudal vertebra centrum from the Judith River Formation of Montana. The centrum remained in excellent condition with only some slight weathering to the edges. The spinous process broke away at the base of the pedicles and wasn't recoverable. There is no repair or restoration.